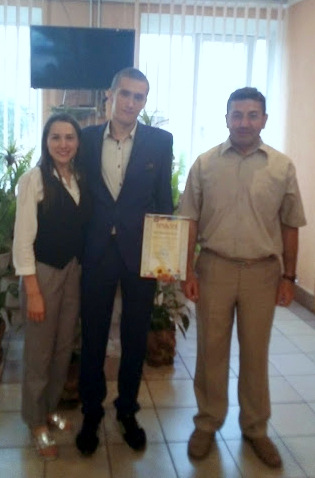 On June 06, 2019, at the Ivano-Frankivsk College of Restaurant Service and Tourism NUCHT, the II stage of the regional Olympiad on the history of Ukraine took place among students of institutions of higher education, which provide training for junior specialists. It was attended by 27 winners of the first stage of the Olympiad. Ivano-Frankivsk College was represented by Dmytro Anniuk, a second-year law student, who won first place.

We sincerely congratulate the winner of the stage II of the regional Olympiad on the history of Ukraine Dmitry Annyuk and his mentor – teacher Maximets Bogdan. We wish further creative achievements and success!!! 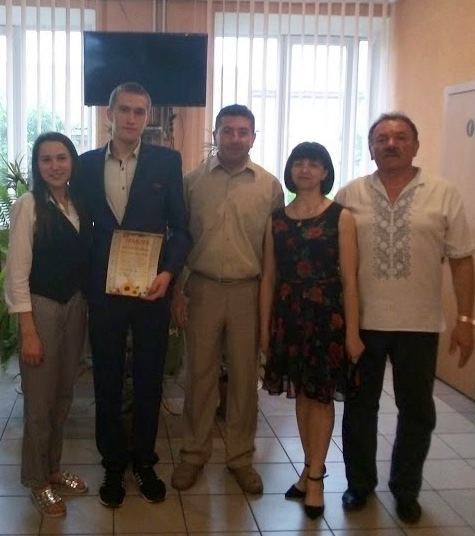 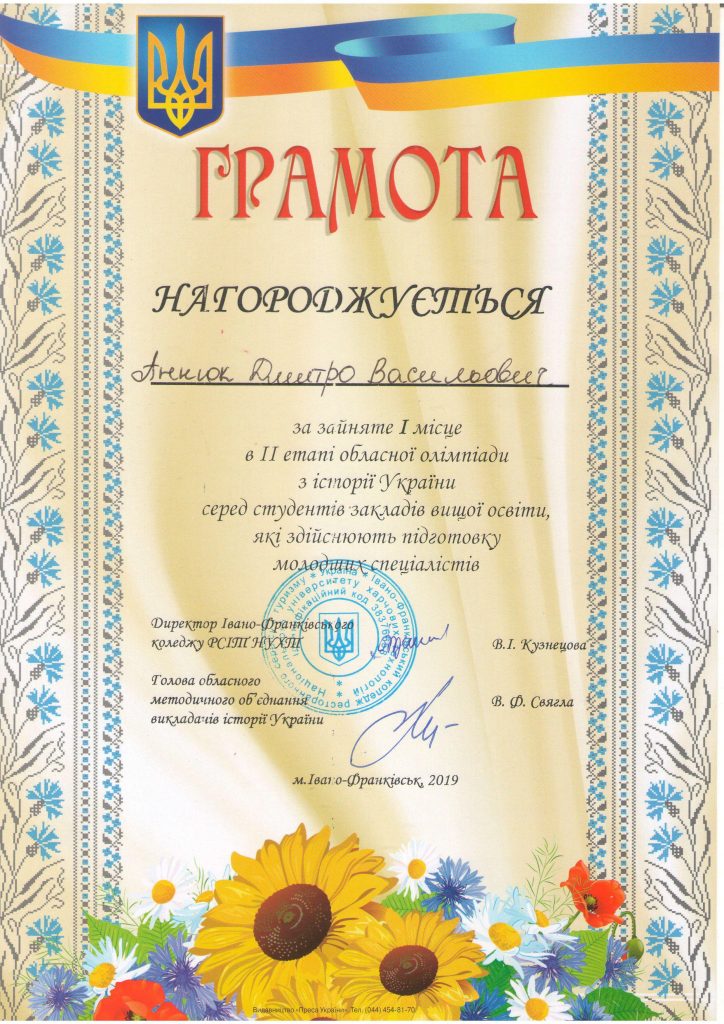